Best Gyms with Racquetball Courts Near You – If you like playing racquetball, you might want to plan all of your fitness activities around it.

It’s a fun game that takes up a lot of energy, and once you get good at it, you’ll love it more than anything else. Racquetball is a good place to start if you have never played a racquet game before. 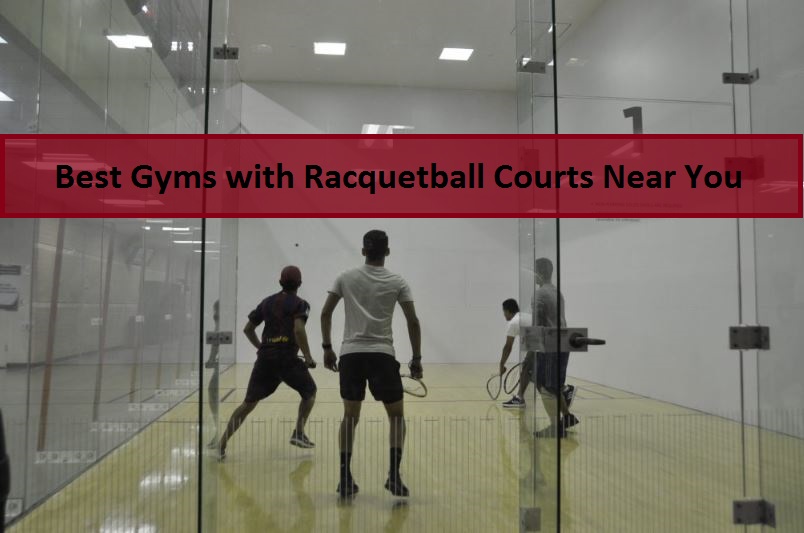 With a bigger, more bouncy ball and a wider, shorter-handled racquet head, the ball is easier to control than in real squash, and the game is less punishing than tennis or badminton.

If you play racquetball or want to start, it makes sense to find a fitness center near you with a racquetball court. So, you’ll be more likely to find a game and a place to play when you want to.

Let’s look at Best Gyms with Racquetball Courts is a great way to get in shape and how it’s set up at each of the biggest gym chains.

Which Gyms Have Racquetball Courts At Most Locations?

Most gyms require you to bring your own racquetball shoes and equipment. You can sometimes rent them at the court.

The quality, number of courts, and other services that these gyms might offer might be different. Before you join the gym, you should talk to them in depth about all of this and find out if there is an extra fee for booking the court.

Here is a list of gyms that often have racquetball courts: 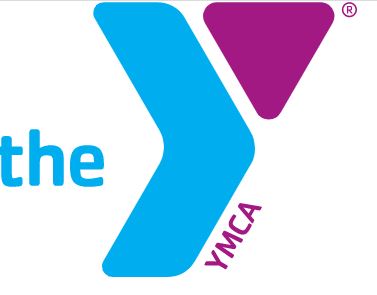 People don’t usually think of the YMCA as a high-end gym, but it has some of the best sports courts around.

Most YMCAs offer a wide range of sports facilities, such as basketball courts and racquetball courts.

Even though the YMCA near me isn’t very big, it has three beautiful courts where you can play. Not a bad deal!

The YMCA also has racquetball leagues and lets you book a court online (at some locations).

Visit a club near you and see what they have to offer. 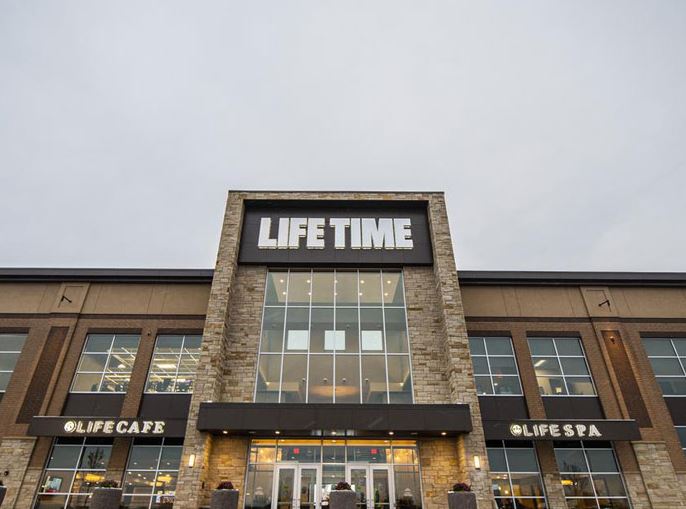 At LifeTime Fitness, you can take private lessons to take your game to the next level or just play a casual game of racquetball with your friends.

Life Time’s racquetball courts have social play nights and league play so that you can play with or against other people. If you want to learn how to play the game, they also have group lessons.

Large size Most Life Time gyms have more than one court at each locations. It gives you a better chance of getting a court date, even during busy times. All of the courts are well-kept and cleaned often so that you can have a better time.

Life Time is the best deal when it comes to a gym with racquetball courts, both in terms of price and services. 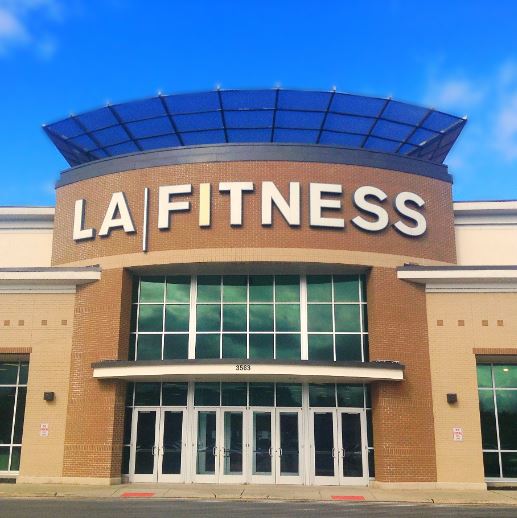 LA Fitness is one of the big gym chains in the middle price range. It has a wide range of gym equipment and other services. Almost every LA Fitness location is big and full of rows of cardio and strength training machines.

LA Fitness has big facilities, so they can and do have things like a separate room for stretching, open green grass, basketball courts, volleyball courts, and racquetball courts.

Not every LA Fitness club has courts, but if you have a multi-location membership, you can use different facilities at different clubs. If you can only go to the closest club, you should find out if they have a racquetball court there before you join.

Check out What Time Does LA Fitness Close & Open 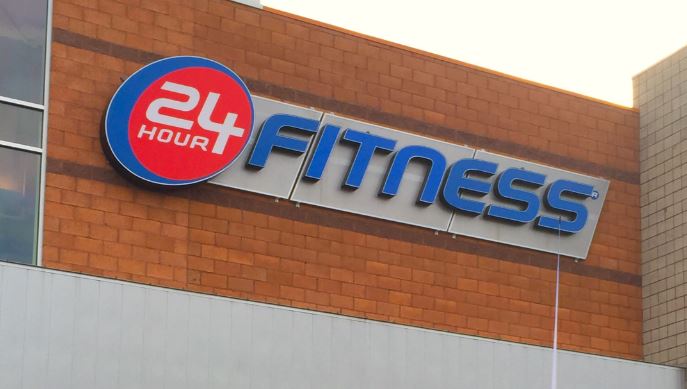 24 Hour Fitness  is a great gym for people who need to be able to work out at any time.

(This could be a good place for you if you work the night shift or have an unusual schedule.)

But unlike places like Planet Fitness, some 24 Hour Fitness locations have extra features, like racquetball, that other gyms don’t.

Check with your local 24HF to find out if they have courts in your area. 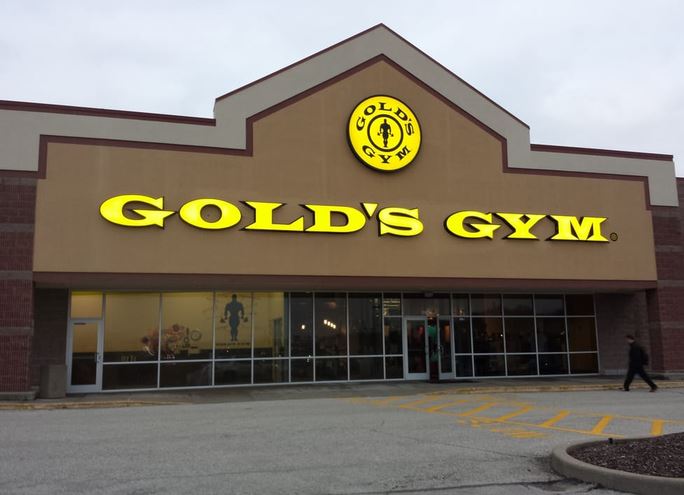 If you want to get fit, Gold’s Gyms is a great place to go.

Gold’s is known as a bodybuilder’s gym, and it does have a great selection of weightlifting equipment. However, it has a lot more to offer than that.

Even (get ready for this) racquetball courts!

Gold’s has more different features at each location than most gym chains I’ve seen, so you’ll need to do some research in your area to find out who has what you need.

But there are more than a few Gold’s around the country with racquetball courts where people can play for fun.

Check out detailed guide on how to Cancel Gold’s Gym Membership. 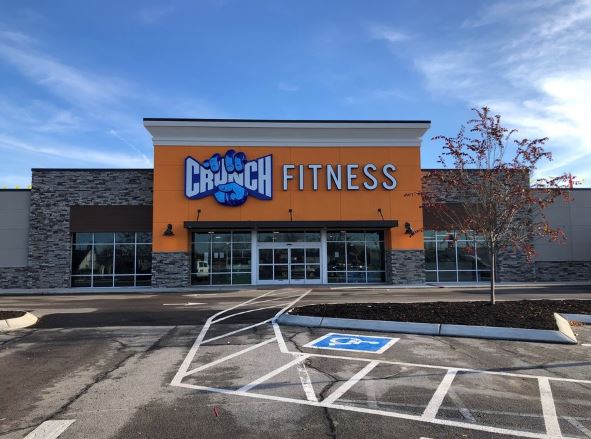 Crunch Fitness might be the only cheap gym that has extra amenities like pools, basketball courts, and racquetball courts.

Only a few of the more than one hundred Crunch Fitness locations have racquetball courts. If the location near you has it, you’ll be able to get a membership to a gym with a racquetball court for the least amount of money.

You won’t be able to find all of the facilities they have in one place. Some of the places have racquetball courts, and one has a swimming pool.

Even though the courts and other amenities at Crunch are simple, they are well-kept and do what they are supposed to do very well. 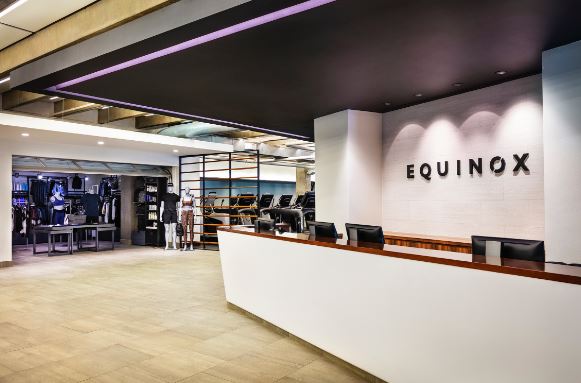 Equinox is known for its expensive membership fees and high-end facilities that are worth the price. If you go to any Equinox location, you will be blown away by how nice it is.

There are different places with things like racquetball courts, basketball courts, and boxing studios. So, if you want to take advantage of everything Equinox has to offer, you should get a Equinox membership to more than one of their clubs.

In most big cities, they have a central sports club building. Most of these clubs have things like squash courts, volleyball courts, basketball courts, swimming pools, and so on.

Most of the courts at Equinox are for squash, but you can also play racquetball there.

Gyms That Don’t Have Racquetball Courts

Racquetball courts take up a lot of space, and the gear you need to play is expensive. This may be why you won’t find these courts at cheap gyms.

If you only live near one of these gyms, you might have to join it and try to find a racquetball pickup game at another sports club. But before you do that, you should go to the gym. It may surprise you in a good way by being different from the norm.

Racquetball is not a sport that can be picked up and played anywhere.

You’ll need to have access to the right tools and courts. Joining a gym with a good racquetball setup is the best way to get it.

Life Time is your best bet (as it is for most amenities), but if that’s out of your price range, you could try the YMCA or LA Fitness. It’s likely that one of those places will have what you need.

Last but not least, check out the 24 Hour Fitness, Gold’s Gym, and Crunch near you.

Racquetball is a great and fun way to stay in shape, so your search will be worth it.

FAQs – Best Gyms with Racquetball Courts Near You

Can you play racquetball by yourself?

Racquetball can be played by yourself, against a single opponent, or with four people as a doubles game.

Where is racquetball played?

indoor court
Racquetball is played on an indoor court with three walls, a small racquet, and a rubber ball. Even though there are outdoor courts, they are rare.

What are the 3 most important serves in racquetball?

The Power Serve, the Lob, and the Zee are the three most important serves in racquetball. The most common serve used by skilled players is the power serve, also called the “Power Drive.” When this serve is done right, it is hard for the other player to return it.

Is racquetball a good workout?

If you’ve ever jumped to hit a flying ball, you know that racquetball is a great way to get in shape. Racquetball quickly gets your heart rate up, so it’s a great way to meet the American Heart Association’s recommendation that you work out for at least 30 minutes five days a week.

👉 This article I have created to give you complete information about Best Gyms with Racquetball Courts Near You with the services you get.

👉 For other workout information visit: https://gympricelist.com

Disclaimer: Best Gyms with Racquetball Courts Near You information above is for estimate only. The data has been gathered from various sources Like online, on-site, and/or via phone.

I am Camila Smith. I am a fitness expert and personal trainer and a life coach, blogger, and triathlete. As a health and fitness expert, my mission is to cut through the industry’s noise and empower people to find lasting health, happiness, and confidence through sustainable solutions. More About Camila Smith.